The flow of the pump enters the pump bypass valve at the P-connector. In the basic position, the pressure generated by the pump is used to close the 2/2-way valve (2) via the X- and the Z2-line. This has the effect that the non-return valve (1) opens, and the pump flow is supplied to the system via the A – connector.

At the pilot valve, the required pressure value “PE” is set by means of the adjusting screw (3). Depending on the setting value, the springs (4) generate a force pressing the valve piston (6) into the valve seat (7). Thus, the Y-line is shut-off from the X- and Z2-line, and the generated pump pressure closes the 2/2-way valve. The pilot valve changes over, when the hydraulic power resulting from the pressure exceeds the power set at the springs (4) at the A- and thus at the Z1-connector. Then, the piston valve (5) lifts the valve piston (6) off the valve seat (7). Thus, the control surface of the 2/2-way valves (2) is depressurised, it opens and connects the lines “P, T” with each other. Thus, the pump flow is carried pressureless to the tank. Simultaneously, the non-return valve (1) closes and shuts off the backflow from the system. The valve piston (6) remains in the open position until the system pressure at the A-connector falls short of the set pressure value “PE” minus the value of the switching hysteresis; the 2/2-way valve (2) also remains open for this period. 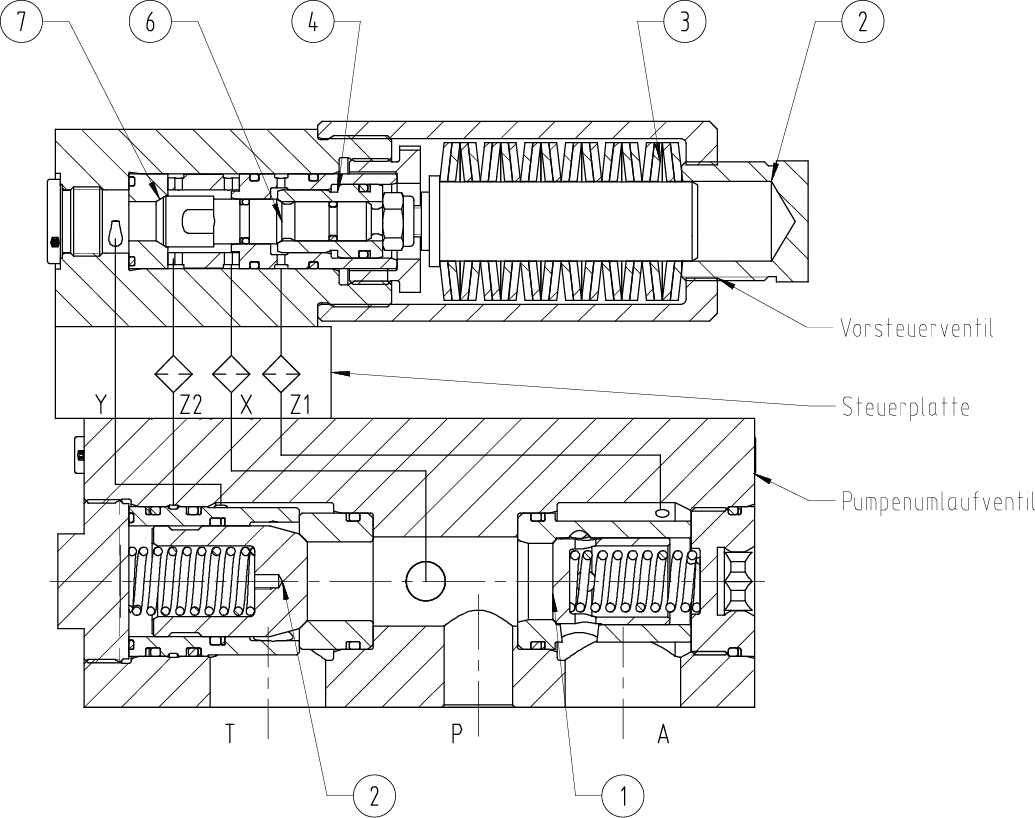 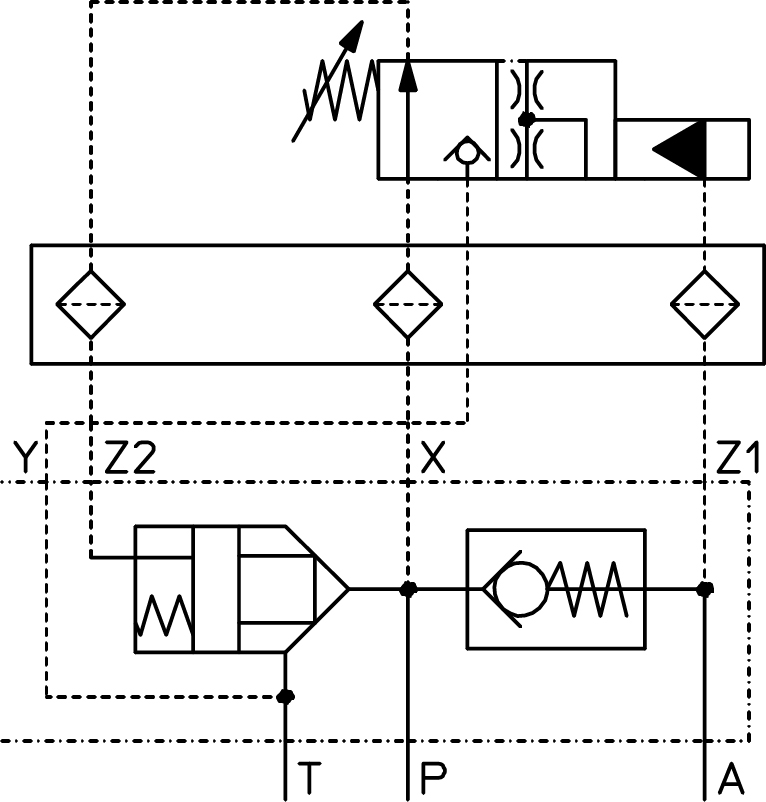 Back to overview
Up

With our decades of know-how in water hydraulics, we at Hauhinco have core competences in the mining sector and in a number of industrial applications.